The Italian Society “Cines” of Rome, is studying the strongly educative influence of the cinematograph on the people with a view to elevating its productions and has decided to open an international competition for cinematograph dramas with prizes of considerable value. The Honorable Ferdinando Martini, Prof. Albert Besnard, Director of the French Academy at Rome, and the Honorable Vittorio Emanuele Orlando have agreed to head the commission, on which will figure the names of the most conspicuous personalities in the world of art and letters of different countries.

The competition will be opened in the first days of November, 1913, and will close on April 30, 1914. All those, desiring to compete, can demand the conditions of the competition from the directors of the Italian Society “Cines,” 51 Via Macerata, Rome. 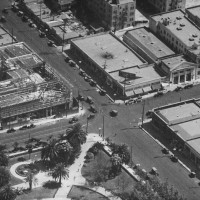