July 30, 1912. Mutual Film Corporation have procured exclusive United States and Canadian rights on the original One hundred one Bison, also Bison Broncho and Keystone films, effective two weeks from date. You can commence to buy immediately.

Wednesdays: A split-reel comedy and always a feature, supported and made by Mr. Mack Sennett, Mr. Fred Mace, and Miss Mabel Normand, the greatest comediennes, all well known and popular players in motion pictures throughout the world.

Saturdays: A feature dramatic in one and two reels played by a strictly “All Stab” Stock Company, consisting only of “Stabs”, and only of the most prominent and popular “Stars” in motion pictures playing all parts in the cast.

Developments of the greatest importance to exchange men and exhibitors allied with the Film Supply Company and the Mutual Film Corporation occurred during the past week. It had been rumored for some time since the Baumann and Kessel interests deserted the Universal Film Manufacturing Company, that an alliance with the Film Supply Company was a possible alternative outlet for the product of the New York Motion Picture Company. Negotiations were opened which culminated in an agreement between the Mutual Film Corporation and the New York Motion Picture Company whereby the Mutual will market the product of the New York company under the trade marks ‘”Bison-101,” “‘Keystone” and “Broncho” pictures.

The Mutual Film Corporation has also purchased the Empire Film Exchange, which operated four distributing offices, and the stock and equipment of these exchanges will be merged into branches of the Mutual.

The negotiations in these transactions were finally concluded on Monday, July 29, and are the most recent in a long series of steps initiated by a group of Western investors, under the leadership of Mr. H. E. Aitken, for the purpose of improving the organization and increasing the efficiency of the Independent film service.

Mr. Aitken came to New York in the Spring of 1911 and took over the old Hudson Film Company, changed it into the Western Film Exchange of New York, and improved the quantity and quality of its business. He then organized the Majestic Motion Picture Company, and that Company’s energetic assertion of its right to do business has been a great factor in the re-organization of the Independent film manufacturers. Having, in the meanwhile, acquired valuable patent rights through Precision Camera Company, these interests then purchased control of the Carlton Motion Picture Laboratories, making the “Reliance” pictures, from Baumann and Kessel.

After the organization of the Mutual was well under way. Mr. Aitken, in co-operation with Mr. Charles J. Hite and others, negotiated Mr. Hite’s purchase of the Thanhouser Company.

In the meanwhile the suits brought by the Majestic Motion Picture Company against the Sales Company and its officers and constituents caused the disruption of the Sales Company, with the result that the Film Supply Company of America with its extensive programme was organized.

Most recently the Mutual Film Corporation, as before mentioned, made arrangements for the acquisition of the four Baumann and Kessel film exchanges in New York, and for the control of the Bison No. 101 film, and it is said that negotiations are on for other valuable film enterprises.

The results outlined above, have been achieved only after years of unremitting effort, and the present strong financial backing of Mutual Company gives great promise of achievements in the future.

The consistent purpose of this group of men has been to improve the character of the Independent film and to afford exhibitors an opportunity to purchase film of the highest quality manufactured.

It should be noted in this connection that the Mutual has moved its executive offices from 145 West 45th Street to 60 Wall Street, where a handsome suite has been engaged.

For many years aggressive leaders in the film business. C. O. Baumann and his partner, Addie Kessel, are divorcing themselves from the politics of the trade and henceforth will devote all their energy and attention to the production of film. This is made possible by the contract entered into with the Mutual Film Corporation, whereby the latter company has purchased outright the Baumann-Kessel exchanges in New York City, and has taken the agencies for the United States and Canada of “101-Bison,” “Broncho” and “Keystone” films.

Mr. Baumann stated to a representative of The World that he was much pleased with the arrangement made with the Mutual Film Corporation, which is composed of men of high standing in the business world and of undisputed integrity as well as possessed of tremendous financial support.

“‘We will deliver to the Mutual every week a minimum of six reels per week, consisting of 101 Bison one, two and three-reel subjects; Broncho films, which are similar subjects produced by different stock companies, and Keystone films, split-reel comedies and dramatic subjects in which appear many popular players. Mr. Max Sennett is the director of Keystone films, in which he will take part, supported by Miss Mabel Normand. Fred Mace and others.

“I am gratified at the reception the exhibitors of the world have given 101 Bisons, and with my mind now free from the perplexing worries which have hitherto prevented my giving my entire time and attention to the manufacture of films, I can promise even better subjects than have been previously released.”

The amount of cash involved in the deal between Messrs. Baumann & Kessel and the Mutual Film Corporation runs into high figures, making it one of the most important transactions that have taken place in the trade for years.

August 24, 1912. Keystone Films are new in name only. They are produced by the company heretofore with the Biograph Co., and directed by the same man Mr. Mack Sennett. The quality of these films is well known to exhibitors.

August 28, 1912. Mack Sennet, director, and Mabel Normand, leading woman, of the Keystone company of the New York Motion Picture Company, arrived in Los Angeles August 28 as the advance guard of a new company which is to be located in the old Bison plant at Edendale. Both were formerly with the Biograph Company, and others from the same company are said to be coming later. The Keystone brand of films, according to report, are to be produced from Los Angeles hereafter.

September 14, 1912. The Mutual Film Corporation will make the first release of Keystone films, for which it holdes the exclusive agency for the United States and Canada, on Monday, Sept. 25, with a split-reel comedy, “Cohen Collects a Debt” and “The Water Nymph.”

The leading parts in Keystone films are played by Mack Sennett, Mabel Normand, Ford Sterling and Fred Mace, supported by a strong cast. This quartet comes to the Keystone Co. from the Biograph, and their work is well known throughout the world. Mr. Sennett continues as director.

Shortly after Sept. 25 two reels of Keystone will be released, the reel made by Mr. Sennett and a dramatic production by another stock company, of which full particulars will be given when release dates are fixed. The Keystone comedy on Monday will always consist of two snappy subjects.

Many Extensive Improvements Being Made in Picture Studios

Extensive improvements are in progress at three of the motion picture studios in this city. A large force of workmen is now engaged in erecting the new buildings at the plant of the Brand Advanced Motion Picture Co., located on a 40-acre tract in the San Fernando valley near the town of Burbank. The Universal people are spending a great deal of money on their new outdoor studio at Oak Crest near Los Angeles, where they have bought and leased a tract consisting in all of about 20,000 acres and are planning to build the largest motion picture plant in the world. James Young Deer, director of the Pathe Western company, has practically concluded the negotiations for the purchase of 35 acres of land at Edendale and architects are now at work on the plants for his studio, which if it will not be the largest in the world will be one of the most modern and one of the best equipped.

Preparations are also being made at Edendale for radical changes and extensions of the old Bison plant of the New York Motion Picture Co. Charles O. Baumann and A. Kessel are here from New York for a personal inspection of the plant and Mack Sennet, the director of the new Keystone company, preceded them by a couple of days. Sennet, with the assistance of Mabel Normand, Henry Lehrmann and Ford Sterling, who came from New York with him, and Fred Mace, former director of Imp comedies, is already at work at the Edendale plant making comedies for future release. The balance of the company was employed here, being recruited from the ranks of other companies on the ground. Fred Balshofer has announced that there are to be two Western releases a week by Ince and Ford, two split reel comedies, one by Sennet and the other by Mace, and one dramatic by a director who is coming on in a few days, but whose identity is not to be revealed at this time. It is reported that Baumann and Kessel, before they return to New York, may have other important revelations to make. 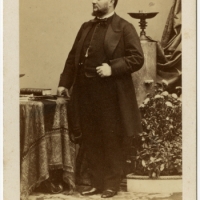 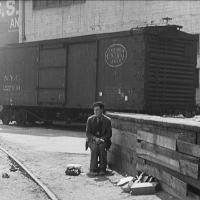